HPL 1.2 SEMIFINAL 1 Summary. Shahid’s 11 vs Ahmedpora 11After a brief break HPl 1.2 was again started with a bang. Earlier toss was won by Shahid’s 11 team and they elected to bat first and posted a score 116 in the alloted 10 overs.

It was again a one man show from Ishfaq malla , smashed 98 from their total of 116. Ishfaq malla smashed Ahmedpora bowlers to every part of the ground. 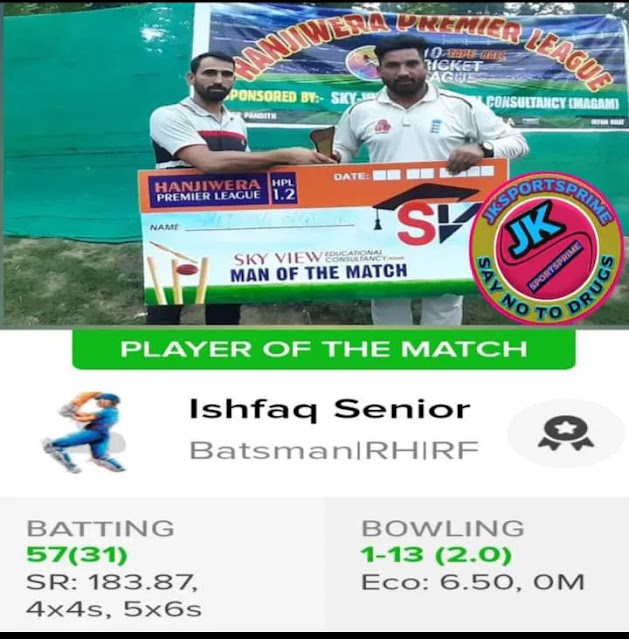 Chasing the target of 117 Ahmedpora 11 lost their key man Aijaz in the very first ball of the match again it was Ishfaq malla who gave his team a start they were looking for.

In the meanwhile Captain Ishtiyaq Ahmed steadied his team’s ship played some wonderful shots allround the ground, later joined by muzammil and Aqeel they also played sensibly and got their team a victory by 5 wickets.

With this win Ahmedpora 11 was the first team to qualify for the grand event.

Muzammil for his allround performance was declared player of the match.