Earlier toss was won by Masters and they decided to bat first and posted a good score of 119 in the alloted 10 overs.

There openers laid the foundation, they blasted the bowling of one and only every where in the park. Meanwhile Masters middle order struggled , they gave away wickets on regular intervals and later lower order showed some fight back . 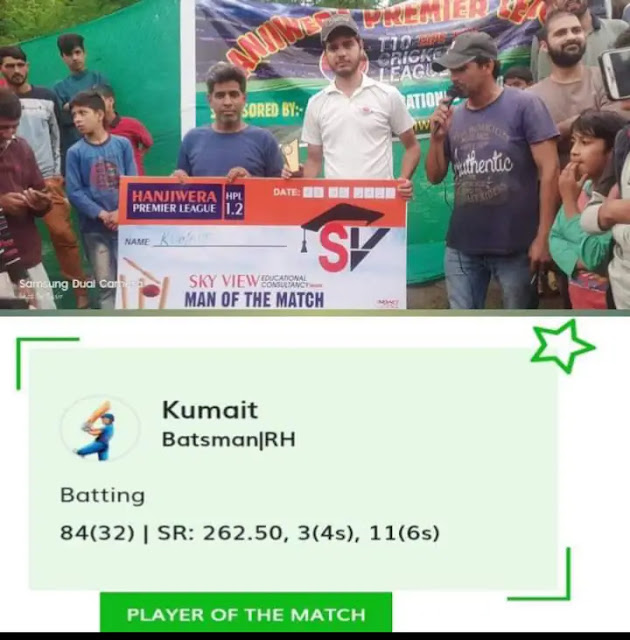 It was the captain of Masters Aijaz Ahmad, he fired some quick runs in the end and gave his team a dependable total of 120 .

chasing the target of 120 One and Only team lost some early wickets, but later it was brilliance the of shahbaz and Manzoor they were both good in both departments of the game.

However shahbaz played a special knock of 42 that was the turning point in the match. He blasted 35 in just one over that shifted the match completely in favour of One and Only.

In the meanwhile he lost his wicket but the saviour manzoor stick there and completed a 2 wicket victory for his team.

Shahbaz for his allround performance was declared player of the match. Scored 42 with the bat and took a wicket also.

with this win One and Only secured their place in super eights. So far 5 teams have make it to the super eights , the teams are NCC Reds , One and Only, Royal Strikers, pattan stars, Ahmedpora 11.

And there are only three Pre quarter finals pending . Tomorrow it will be Young 11 Hanjiwera vs Vintage Strikers.