HPL Quarter FINAL No. 3 and 4 Summary.

In the ongoing Hanjiwera premier league. The first meeting was played between NCC REDS and Royal Strikers. 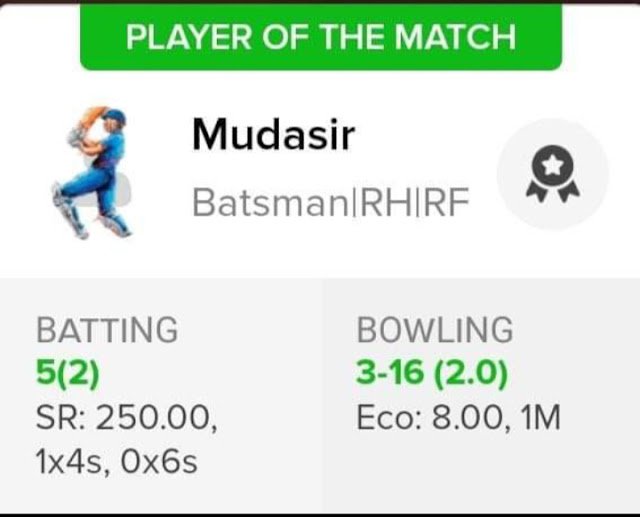 Earlier toss was won by the captain of NCC REDS and they decided to bat first . NCC REDS team lost their opener muzaffar in the early overs. Muzaffar was the last match centurion.

But experienced Mudasir steadied his team , batted brilliantly for his 80 not out. He blasted royal strikers bowlers all round of the ground. Meanwhile mudasir’s knock helped NCC REDS team to post a huge total of 141 in the alloted 10 overs.

Mudasir Ahmad for his allround show was declared player of the match.

Chasing the target of 49 One and only team got their in just 4 overs with only 1 wicket down.

Yaseen for his brilliant spell of bowling was declared player of the match.