In the ongoing Hanjiwera premier league 1.2 . Media warriors after winning the toss first decided to bat first posted a moderate total of 87 on the score board. 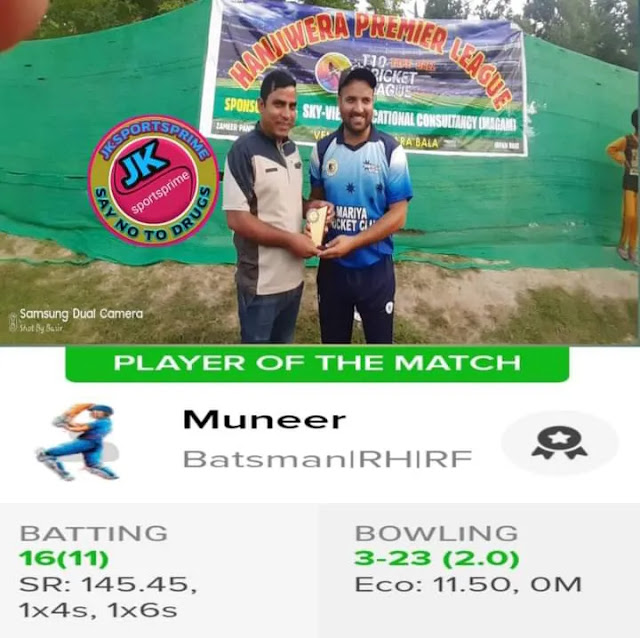 They struggled in the start despite the heroics of Tariq Ahmad, he scored quick fire 37. Meanwhile media warriors team on the other side kept losing wickets on regular basis .

In the end of their innings it was the Muneer’s 16 runs which helped them to 87 in the alloted 10 overs.

Chasing the target of 88 Sherabad Bulls started well in the early part of their innings.

But it was again muneer and Tariq show this time with ball in hand they both chipped away with some crucial wickets.

Sherabad Bulls in the middle part of their innings never got any momentum, they were losing wickets on regular intervals, meanwhile lost the match by a close margin of 13 runs.

With this win Media warriors became the 7th team to qualify for the Quarter finals.
Muneer Ahmad again showed class with both bat and ball was declared player of the Match