HPL 1.2 Pre Quarter number 3 was played between Ncc Reds and Parihaspora 11 . Earlier toss was won by Ncc reds and they elected to bat first and posted a humongous total of 197 in the alloted 10 overs. 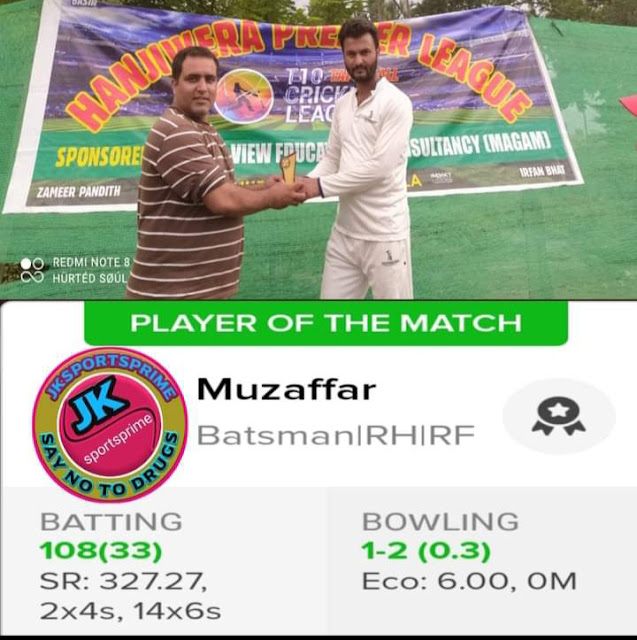 Chasing the target of 198 Parihaspora 11 lost some early wickets but their middle order showed some resistance and fight, but it was always a difficult task chasing the mountainous score of 198.

Muzaffar Ahmad from Ncc Reds played a wonderful knock of 108 and took 1 wicket also was awarded player of the match.

With this match HPL 1.2 ROUND is going smoothly and all cricket fraternity showering praise towards organising committee.