Their openers started the innings with a bang scored 44 in the powerplay. Furkan was the main contributor, he fired 40 in just 21 balls and laid foundation for the big score. Meanwhile Furkan lost his wicket after some sold hitting. 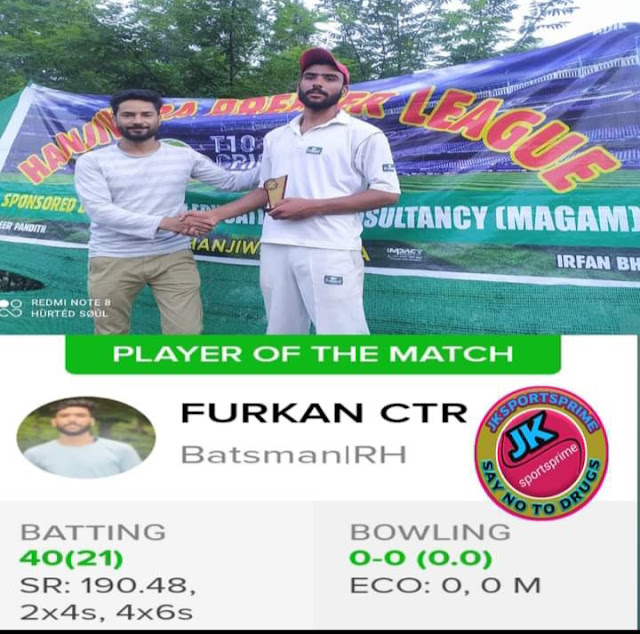 Young 11 Hanjiwera’s middle order crumbled lost wickets on regular basis, but it was lower order mudasir and umar showed some great fight and put a good score of 108 on the board.

Chasing the target of 109, it was a dramatic start for vintage strikers. Khursheed Ahmad started their innings with a sixer over side screen, bowler Basir made an excellent comeback took two wickets in 2 balls Khursheed and captain Nasir, since then young 11 Hanjiwera was all over vintage strikers.

Vintage strikers team never got any momentum throughout their innings and lost the match by 48 runs. With this win young 11 Hanjiwera secured their place in super eights.
Furkan lone again showed class with the bat was adjudged player of the match.