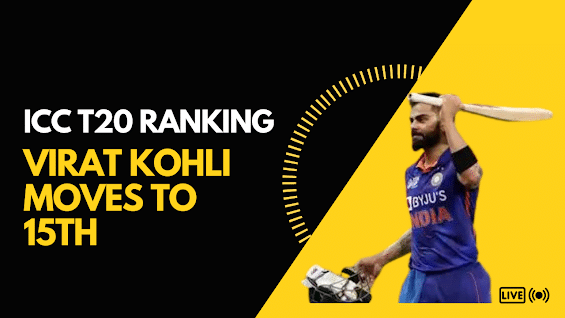 After having a solid performance in the Asia Cup, which was just just finished, star Indian hitter Virat Kohli has moved up 14 places to be placed 15th in the most current batting rankings for ICC Twenty20 Internationals.

In the continental tournament that was held in the United Arab Emirates, Kohli not only delivered a dominant batting showing (276 runs in five matches), but he also scored his first international century in over three years. As a result, he was awarded a number of valuable prizes.

Middle-order hitter Suryakumar Yadav remained the best-placed Indian batter as he maintained his hold on the fourth rank with 755 points in the batting list, which was led by Mohammad Rizwan of Pakistan (810).