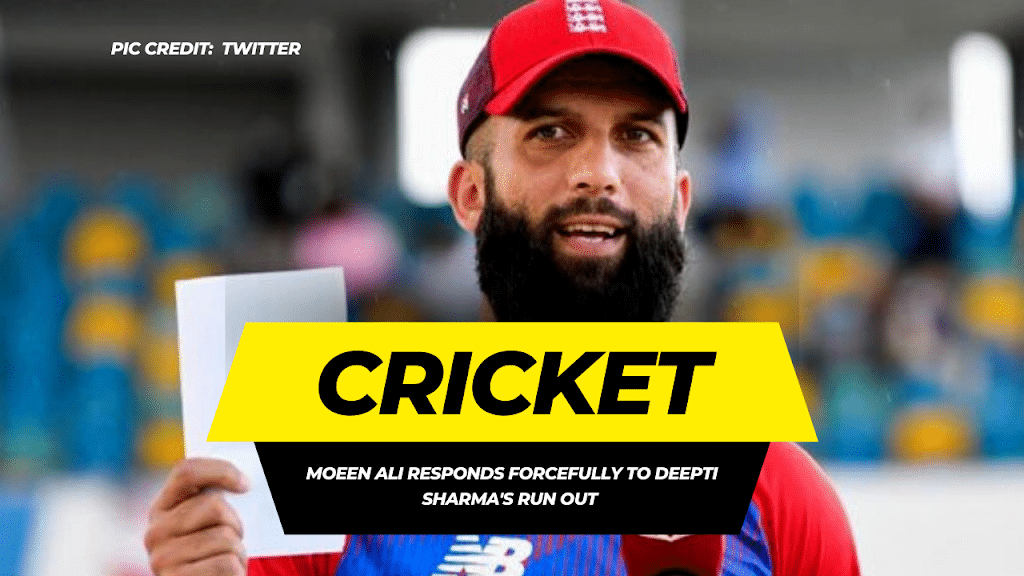 England stand-in skipper Moeen Ali has also responded to the current hot subject in World of Cricket, which is India’s Deepti Sharma running out England’s Charlotte Dean via mankad. Moeen Ali said, “I don’t believe I will ever do that.”

In spite of the fact that the International Cricket Council (ICC) has just legitimised the runout rule, which will become operational on October 1st, opinions on the subject remain varied across the cricketing world.

Moeen has said that he would not act in such a manner until he is provoked by another person.

“No, that’s not my cup of tea. If I were really pissed off at someone, I could see myself doing that, but otherwise, I don’t see myself ever doing it. “I just hope it doesn’t become a popular occurrence, or something that’s routinely done,” Moeen was cited as saying by Telegraph. “It’s in the laws, and there’s nothing unlawful, so those who do it have the right,”

You’re not putting in the effort necessary to obtain a wicket. At least there is some work to be done when there is a run-out, as well as with all of the other dismissals that have occurred. At this point, all that remains is to wait for the person and remove the bails. Even when I was a youngster and played cricket in the backyard, I never found it to be something that interested me.

Moeen then proposed an alternative to the dismissal, after which he reiterated his earlier plea for a prohibition on the practise.

To be fair, you should be in your crease anyhow, but this is a tough one. You don’t pay too much attention to the bowlers. According to Moeen, “you get the sense that they are there and that they are going to bowl, but if they are halting, your momentum might carry you out of your crease.”

“In all honesty, my opinion is that they need to get rid of them. We were just talking about this the other day, how would you handle it, because players would then pinch ground, but there should be a line where you can’t go past, and you know how the umpires look for the no-balls, so they could potentially do the same for that and say, “Right, he’s got one more, and if he does it again, he’s gone.”