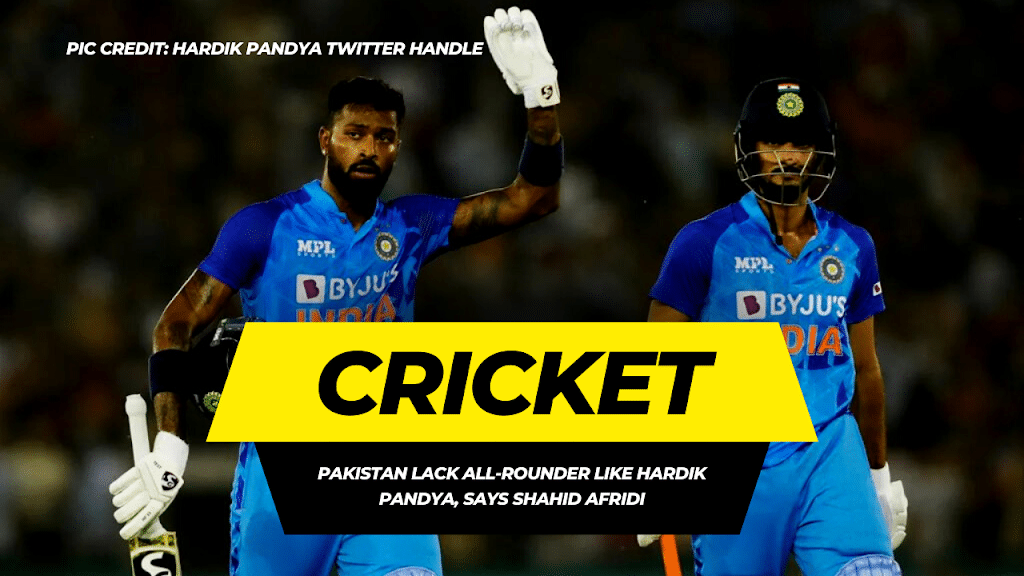 Srinagar: According to Shahid Afridi, a former captain of the Pakistan cricket team, the squad does not have an all-rounder like Hardik Pandya from Team India, which is a significant disadvantage.

We don’t have a finisher like Pandya, but we do have other options. However, it seems that Asif Ali and Khushdil will not be able to complete the task. Both Nawaz and Shadab have a pattern of inconsistency in their behaviour. “At least two of these four players need to be consistent if we want to win this series against England,” Shahid Afridi stated while discussing the Pakistan vs. England series.

Afridi has recommended to the management of the Pakistan squad that they give uncapped all-rounder Aamir Jamal a go in the games that remain against England.

When playing on wickets like the ones we are using right now, you need at least two true fast bowlers and one all-rounder. Why don’t you play the new person, Jamal, who we have selected as the best option? Play him as an all-rounder, giving him the opportunity to bowl and then batting thereafter. “You will find out what kind of cricketer he is,” he promised. “It will become clear.”

Afridi emphasised how important it is for Pakistan to correct its previous errors before the T20 World Cup.