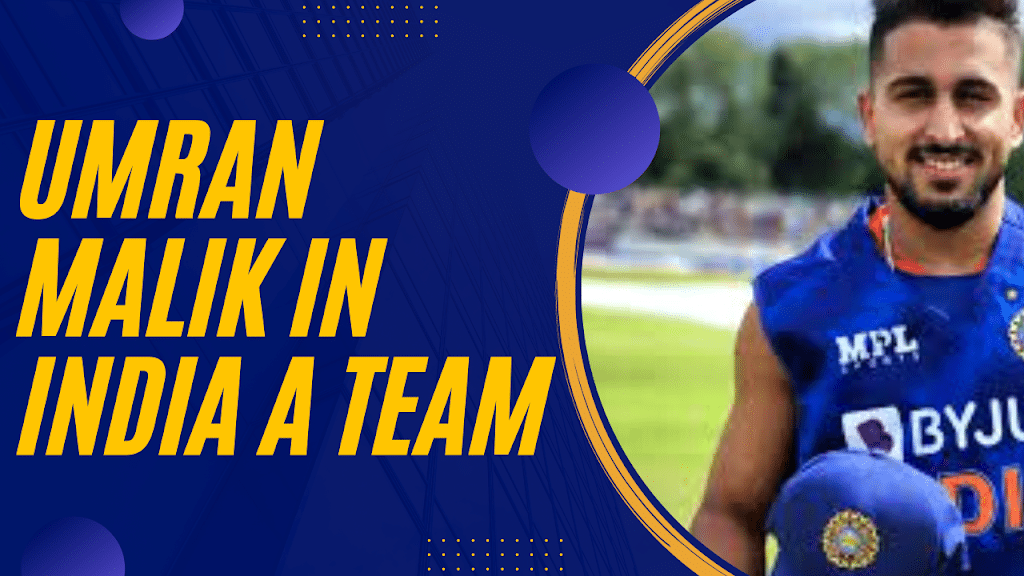 Umran Malik in India A team

GGM Science College Hostel Ground is where the Office of the Jammu and Kashmir Cricket Association is located in Jammu.
Umran Malik in India A Umran Malik, a sensational speedster from from Jammu and Kashmir, has been selected to the India ‘A’ team for the four-day matches that will begin in September versus New Zealand ‘A’ The All-India Senior Selection Committee has chosen the players who will represent India A in the next four-day matches versus New Zealand A,
which will begin the following month. During their trip to India, New Zealand A will play three matches that last four days and three games that last just one day.
The sources indicate that the red-ball events would take place in Bengaluru and Hubli in the state of Karnataka, while the white-ball matches will be played in Mangalore. A subsequent announcement will be made on the teams that will be competing in the white-ball games in Chennai. In the meanwhile, Umran is ecstatic with his pick and is eager to get started.
Umran has said that he is going to seize the chance with both hands and would do all in his power to get selected for Team India once again. India A team for four-day matches: Priyank Panchal (Captain), Abhimanyu Easwaran, Ruturaj Gaikwad, Rajat Patidar, Sarfaraaz Khan, Tilak Varma, KS Bharat (wk), Upendra Yadav (wk), Kuldeep Yadav, Saurabh Kumar, Rahul Chahar, Prasidh Krishna, Umran Malik, Mukesh Kumar, Yash Dayal, Arzan Nagwaswalla.