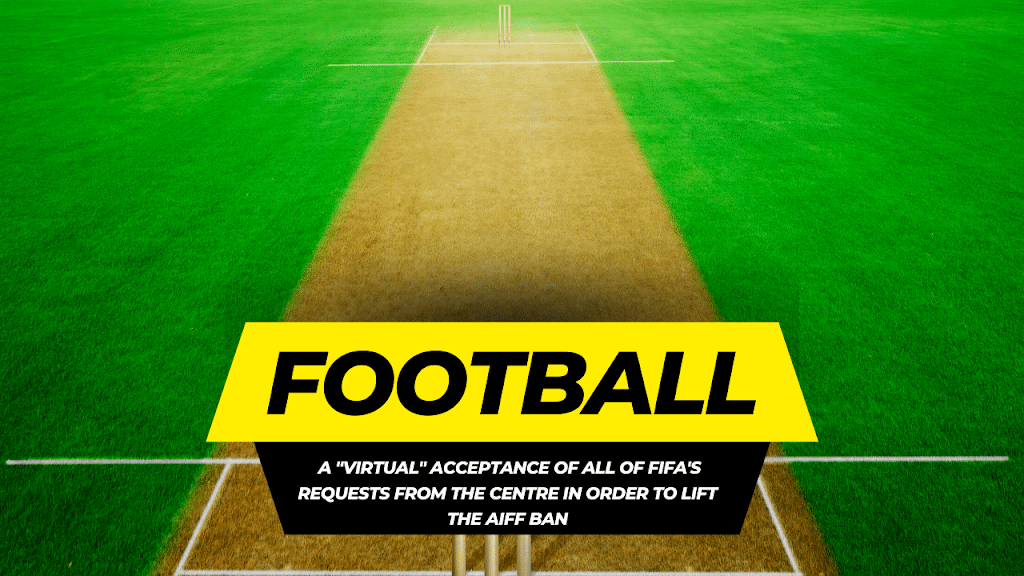 Srinagar: In a last-ditch effort to save itself and the country from further humiliation as a result of FIFA’s ban on the AIFF and the relocation of the U-17 Women’s World Cup pit of India, the Central Government has filed an application with the Supreme Court that virtually accepts all of the demands made by the World Football body.

Within its application, the government has basically conceded to all of FIFA’s requests, such as terminating the term of office of the CoA that was chosen by the SC and prohibiting individual members from participating in the electoral college.

On the other hand, it said that the dispensation that had been headed by Praful Patel and should not be included in the AIFF.

FIFA had mentioned in its statement, when suspending AIFF, that the lifting of the suspension on AIFF would be subject to the repealing of CoA’s mandate in full. This was said while FIFA was in the process of suspending AIFF.

Additionally, FIFA expressed its desire for the AIFF administration to “be totally in command of the everyday activities of the AIFF.”

The international governing body had previously expressed its desire for a “independent electoral committee to be chosen by the AIFF general assembly to manage the elections of a new executive committee.”

Additionally, it had said that the AIFF was required to conduct its elections based on the membership that was already in place in the AIFF (i.e state associations only without individual members).

The procedure of submitting candidacy papers was finally finished this past Saturday, after the Supreme Court’s approval on August 28 that elections should be held for the AIFF.

If the Supreme Court decides to accept one of the government’s arguments, which is that eminent players should not be allowed to serve as individual members in the electoral college, it could cast doubt on Bhutia’s candidacy because he was both proposed and seconded for the position by eminent players.

The action made by the sports ministry, which came only one day before an important hearing of the highest court, may be seen as an effort to save the FIFA Under-17 Women’s World Cup, which was supposed to take place in October.

With contributions from the PTI