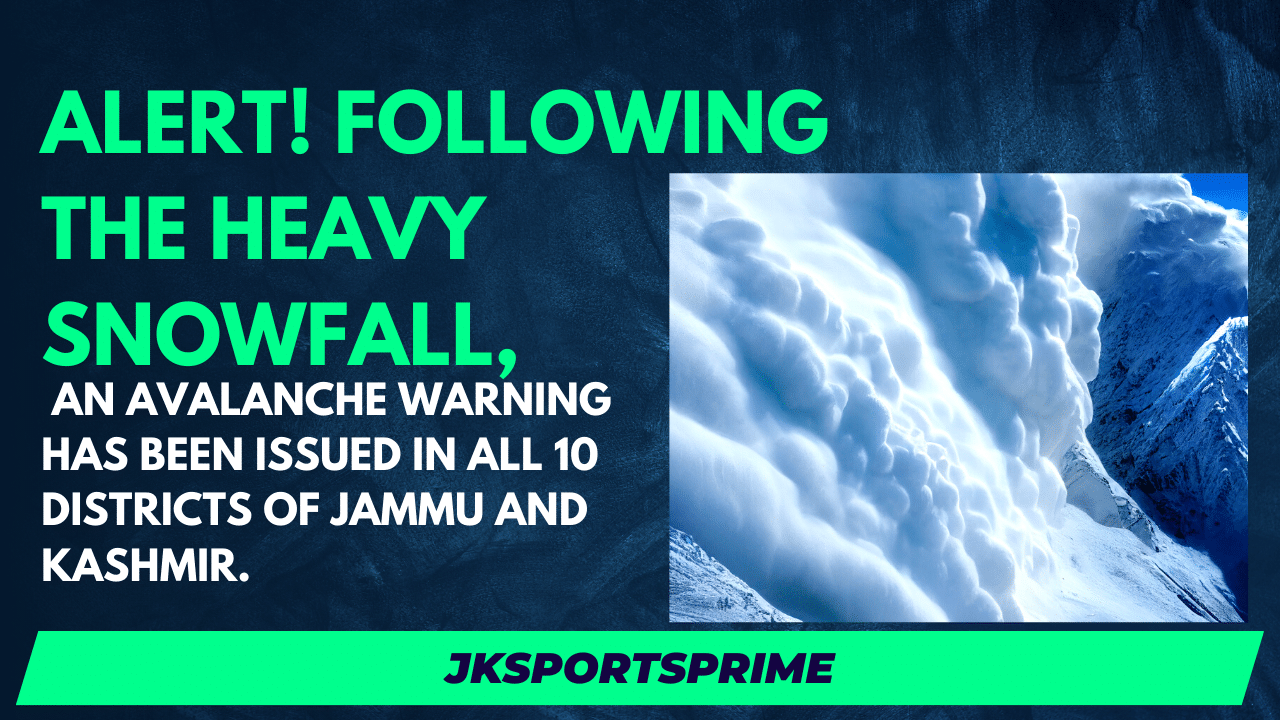 Alert! Following the heavy snowfall, an avalanche warning has been issued in all 10 districts of Jammu and Kashmir.

As a result of the heavy snowfall that has been occurring throughout the morning, the Jammu and Kashmir State Disaster Management Authority has issued an avalanche warning for numerous districts located inside the state of Jammu and Kashmir. The warning was issued on Friday.

According to a message, of which a copy can be seen at the news agency Kashmir News Observer (KNO), an avalanche with a high hazard rating is predicted to occur in the Bandipora and Kupwara districts within the next 24 hours. These districts are located at an altitude of more than 2,000 metres.

In addition to this, it recommended residents residing in these regions to take safety measures and to avoid going into places that are prone to avalanches.