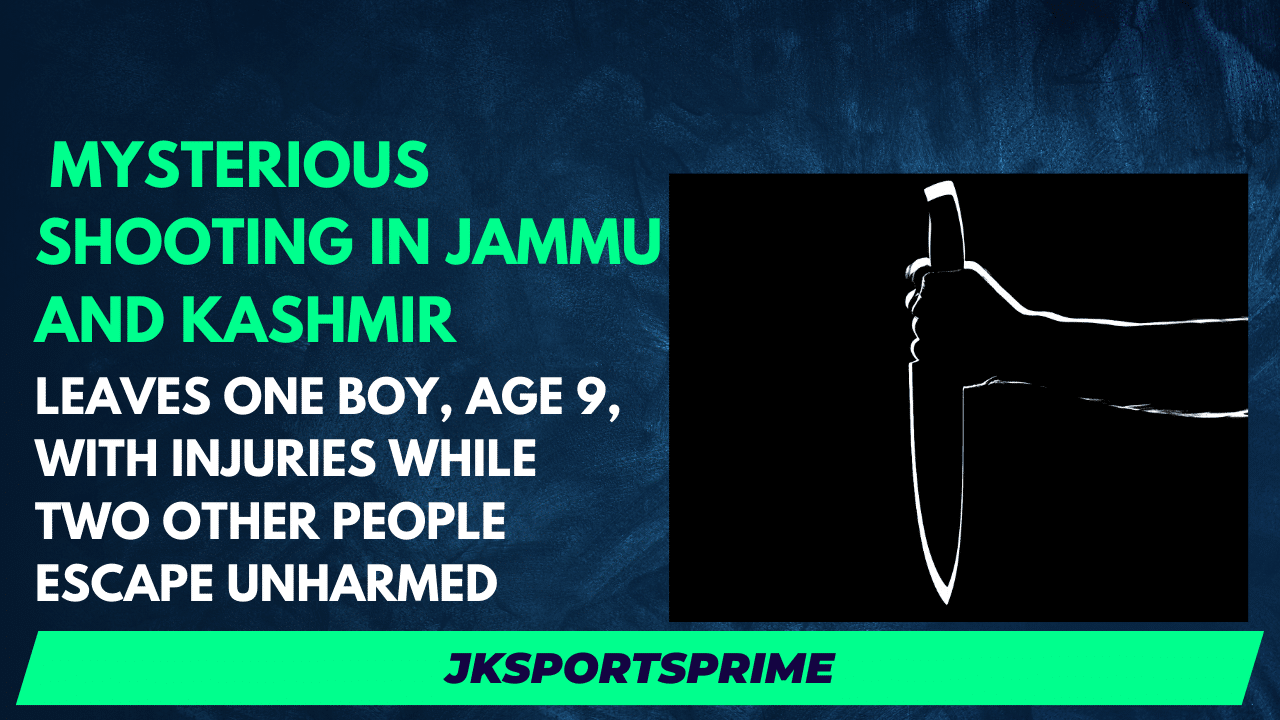 Breaking News: Mysterious Shooting in Jammu and Kashmir Leaves One Boy, Age 9, With Injuries While Two Other People Escape Unharmed

Breaking news: a youngster aged nine years old has been hurt, and two people have luckily escaped from unknown gunfire in Jammu and Kashmir.

On Thursday, January 12 in the Surankote area of Poonch district, unknown assailants opened fire on a group of worshippers who were making their way to a shrine in order to pay their respects. One of the worshippers, a young boy aged nine years old, was injured in the attack, and the other two people had a miraculous escape.

The youngster, named as Afran Ahmed son of Mohammad Sharief of Sangla in Surankote of Poonch district, was brought to the Sub district hospital in Surankote, according to our sources. They added that he was eventually sent to the Government Medical College in Rajouri for more advanced treatment.

They said that a police team hurried to the scene of the event and began their investigation as soon as the incident occurred.

A police officer has confirmed this information to GNS by stating that a case under the applicable provision of the legislation has been recorded (FIR No. 10/2023), and further investigations have been initiated. He said that they were working on the matter, and that it will be resolved in a very short amount of time. (GNS)