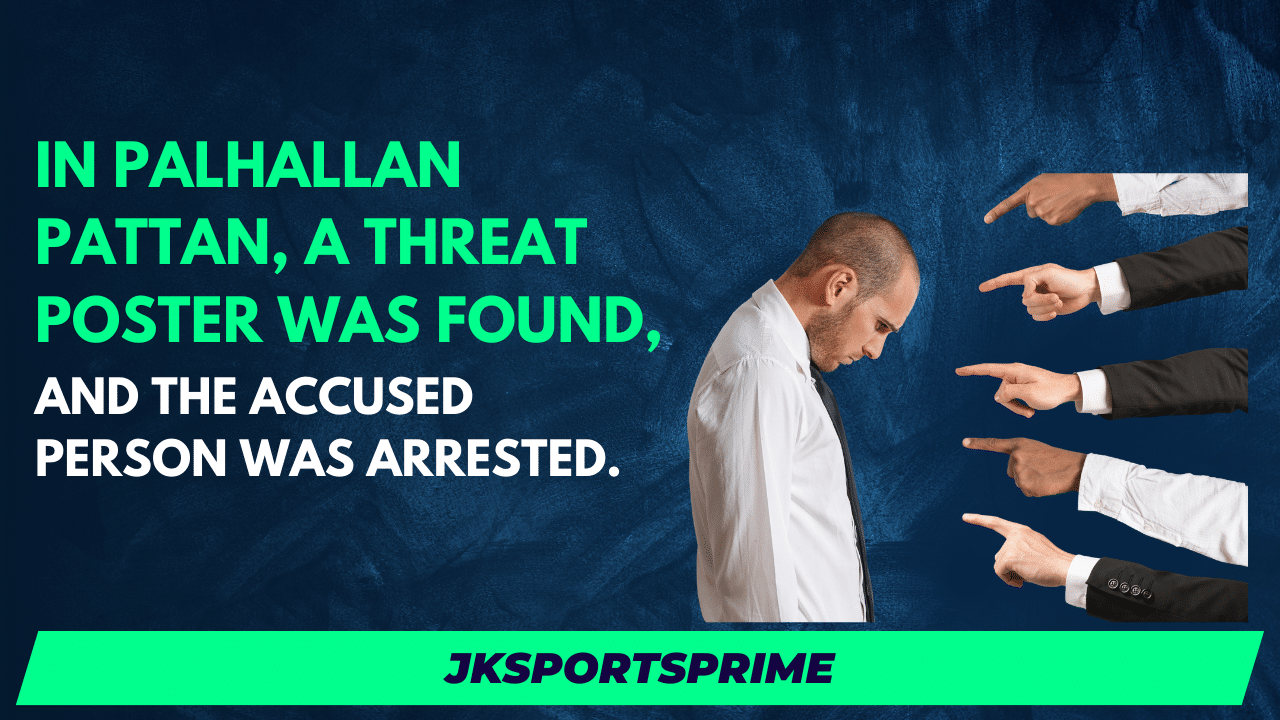 In Palhallan Pattan, a threat poster was found, and the accused person was arrested.

Pattan: On the 22nd of December, 2022, Police Post Palhallan learned through a reliable source that a threat has been issued to outsiders and condemning the government’s decision to open a wine shop in Pahalgam by a so-called terrorist group known as Lone Wolf Warrior at Tantraypora Palhallan, which is located in the district of Baramulla. At light of this, a case was opened in Police Station Pattan under the applicable provisions of the law, and an investigation was initiated.

In response to this, a police team from PP Palhallan hurried towards the location, where they discovered a poster that had been placed, as well as some posters on the roadway. During the course of the inquiry, numerous potential perpetrators were apprehended.

In response to his revelation, a search warrant was executed at his residence, during which time posters and a mobile phone were discovered, and the suspect was subsequently brought into jail. Additional inquiry into the situation is now taking place.