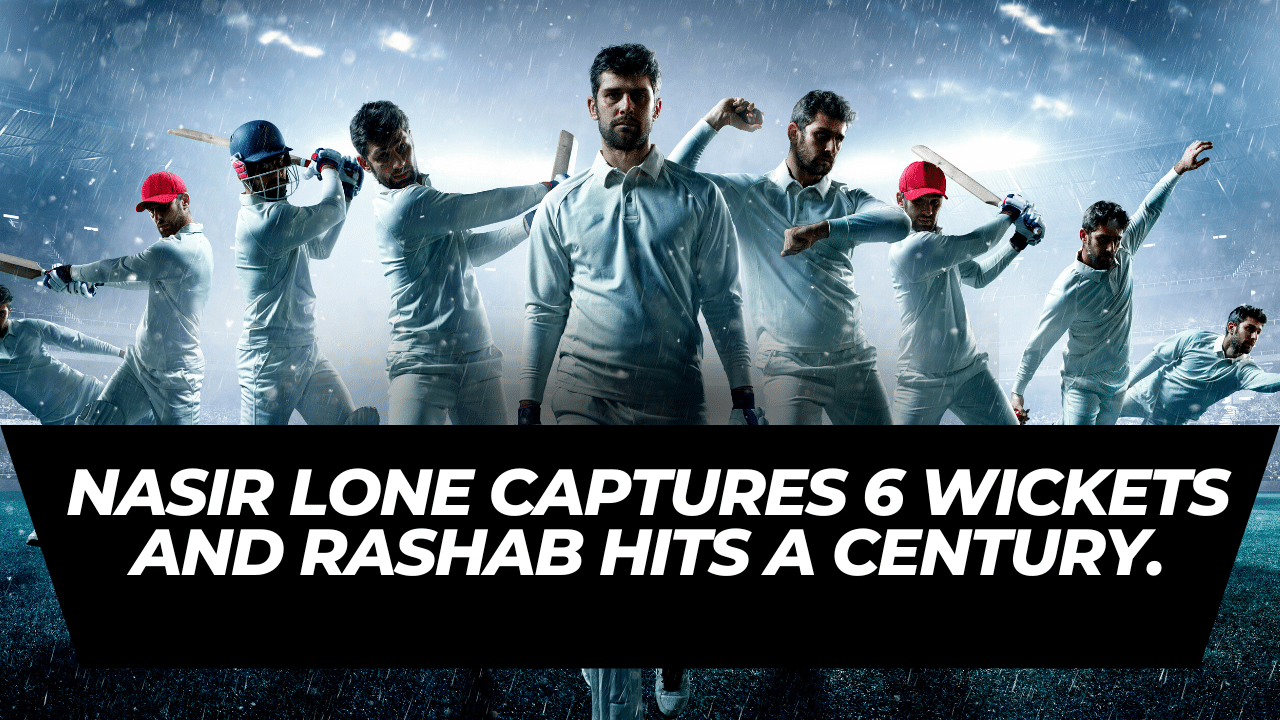 Srinagar, Jan 8: Today at the Madhya Pradesh Cricket Association Ground-1 in Nimkheda, in the first innings of the U-25 CK Nayudu Trophy, Lone Nasir Muzaffar plotted the collapse of formidable Madhya Pradesh to restrict them to a modest total of 225 runs in 72.1 overs. This would have been the case had not Rishab Chouhan scored a magnificent century earlier in the match.
Earlier, when Madhya Pradesh was given the opportunity to bat, the batsmen, with the exception of Rishab Chouhan, had a difficult time against Nasir’s great bowling exhibition. As a result, they lost wickets at regular intervals and were bowled out for 225 runs in the first innings. Rishab held his ground and smashed a magnificent century to lead his side to a score that was at least slightly acceptable. Rishab hit 102 runs off 152 balls, including 13 fours and three sixes. He faced a total of 152 balls. Sumit Khuswah, the team’s opening hitter, produced 37 runs after facing 136 balls and hitting four balls into the outfield. Runs were added to the total by Ishan Afridi, Sagar Solanki, and Ritwik Diwan in the following order: 23, 20, and 19 respectively.

Lone Nasir Muzaffar was the most destructive bowler for J&K, taking 6 wickets while allowing 66 runs to be scored in 22.1 overs. Mujtaba Yousuf and Kawal Preet Singh were also successful in taking 2 wickets apiece.
At the end of play on day one, J&K’s reply had reached 31 without loss in seven overs. Both Arya Thakur (18) and Jiyaad Nazir Magrey (12) were standing in front of the wicket.