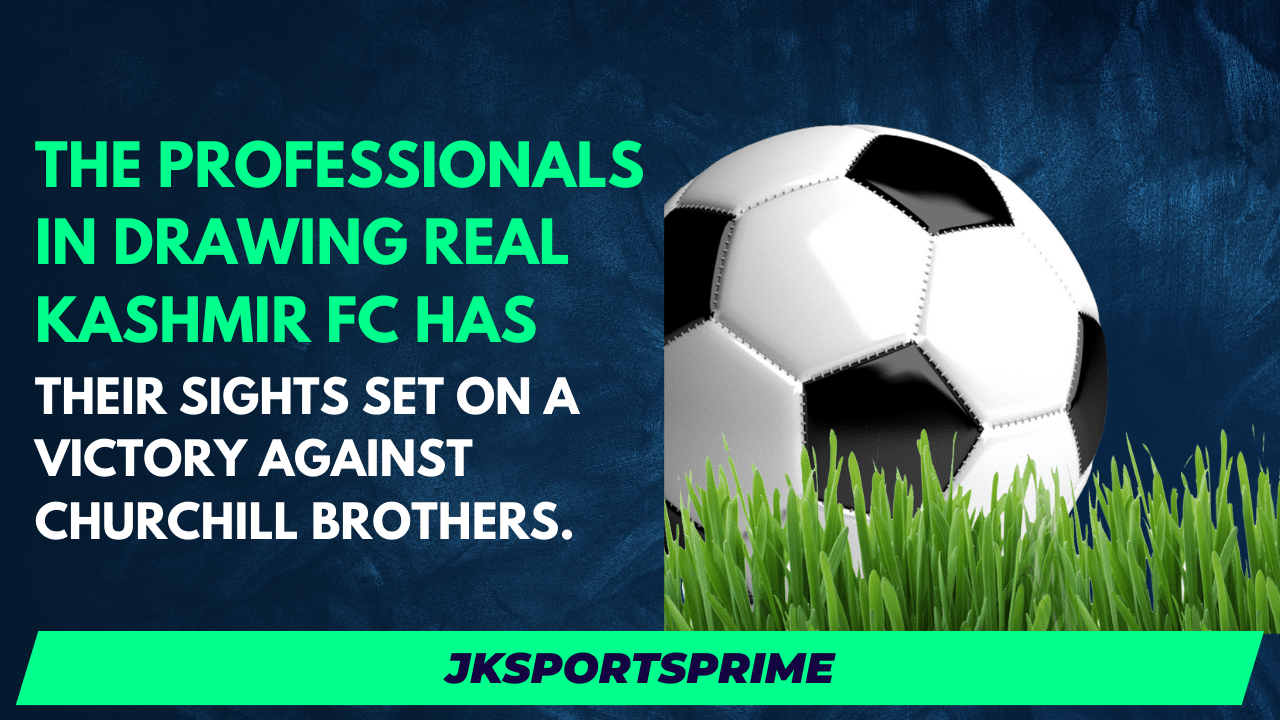 The professionals in drawing Real Kashmir FC has their sights set on a victory against Churchill Brothers.

Real Kashmir FC are looking to get back on track after playing Indian Arrows to a 1-1 draw earlier today in Kolkata. Their next opponent, Churchill Brothers, are a revitalised and offensive team that most recently defeated NEROCA FC by a score of 4-2 in their last match.

David Robertson, the head coach of the team, commented on the previous match by saying, “We probably had over 20 shots in the last game, and the Indian Arrows maybe had 2-3 shots on target, out of which they converted one.” It is disheartening that we did not capitalise on the opportunities we made for ourselves, given how many there were. We will make an effort to avoid making the same mistakes in the next match, and we will keep our fingers crossed that we will be able to score some goals.

Moving on to the competitors, Robertson is of the impression that this will not be an easy match to participate in. “Churchill Brothers have most definitely rediscovered their form, and they would be a very tough team to play against given how vicious they were in the most recent games,” said the coach after the game. To achieve anything, we are going to have to give it our all, and here’s hoping that it will be a victory.

During the pre-match news conference, defender Prakash Sarkar, who also served as a spokesperson for the squad and its members, joined the head coach. “Everyone on the squad is in a happy attitude. Let’s just cross our fingers and hope that things go well against Churchill Brothers because we are all in this together, and we are prepared to offer our very best effort to both the team and the supporters.

Churchill Brothers, on the other hand, will be trying to continue on the same route following their thrilling triumph over NEROCA FC. The match will take place on Saturday. The squad’s head coach, Antonio Rueda, expressed his satisfaction with how they played in their most recent match, saying, “It was a really nice game, and I am very delighted with the team.” If we play the same style that we did in the last game, we should be able to win additional games. I have instructed the team that this is what we need to do in order to go ahead, and that we must ignore everything that has occurred in the past.

Rueda stated the following in reference to the upcoming game, “It is a really crucial game because if the team wins we will move into the top 7.” It is essential that the mentality of the squad be strong right from the start of the game. We are aware that Real Kashmir is a very mobile and intense squad that is comprised of a number of really good players. And this is one of the most significant games of the year for us because if we are victorious against them, we will be in the top seven teams in the league.